In 2022 Her Majesty Queen Elizabeth II will become the first British Monarch to celebrate a Platinum Jubilee, after 70 years of service to the people of the United Kingdom, the Realms and the Commonwealth.

Events and activities will be taking place throughout the UK and beyond to celebrate the Platinum Jubilee culminating in a four day UK bank holiday weekend from Thursday 2nd to Sunday 5th June.

Princess Elizabeth Alexandra Mary was born on the 21st April 1926.

She was 25 years old when she became Queen, on the death of her father King George VI, on the 6th February 1952.

The Coronation of Queen Elizabeth II took place in Westminster Abbey on the 2 June 1953. 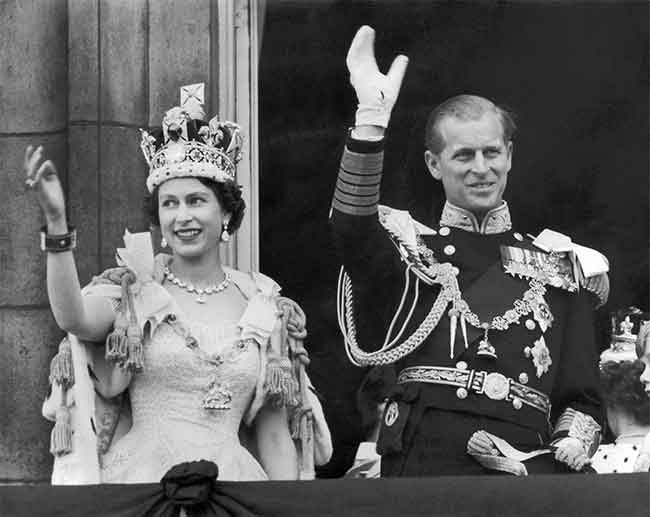 In celebration of Her Majesty The Queen’s Platinum Jubilee a very special event will take place in the private grounds of Windsor Castle.

The Platinum Jubilee Celebration will see more than 500 horses and 1000 performers create a 90-minute piece of spellbinding arena theatre that will include actors and artists, musicians, international military displays from the Commonwealth, Europe and our own Armed Forces, dancers and global equestrian displays.

The production will take the audience on a gallop through history from Elizabeth I to the present day.

The Queen’s Birthday Parade (Trooping the Colour): Over 1,400 soldiers, 200 horses and 400 musicians will come together in the traditional Parade to mark The Queen's official birthday, which is usually held on the second Saturday in June.

Beginning at Buckingham Palace, the Parade will move down The Mall to Horse Guard's Parade, joined by Members of the Royal Family on horseback and in carriages.

The Parade closes with the traditional RAF fly-past, watched by The Queen and Members of the Royal Family from the Buckingham Palace balcony. Where to watch and how to get tickets.

Platinum Jubilee Beacons: The United Kingdom has a long tradition of celebrating Royal Jubilees, Weddings and Coronations with the lighting of beacons which will be continued to mark the Platinum Jubilee.

Beacons will be lit throughout the United Kingdom, Channel Islands, Isle of Man and UK Overseas Territories.

For the first time, beacons will also be lit in each of the capital cities of the Commonwealth countries to celebrate The Queen’s Platinum Jubilee.

The principal beacon will be lit in a special ceremony at Buckingham Palace.

Town Criers: At 2pm local time Town Criers are being invited to undertake the Proclamation announcing the lighting of the beacons later that evening.

Pipers: at 9.35pm, local time across the UK and the Commonwealth, individual pipers and pipe bands will play Diu Regnare from locations of their choice as their personal tribute to Her Majesty The Queen. (This time will vary in each time zone across the world). (Download Sheet Music)

Buglers or Cornet players: At 9.40pm, to officially announce the lighting of the beacons at 9.45pm local time, to play a unique Bugle Call entitled Majesty from the individual beacon locations and within local communities, as a special tribute to Her Majesty the Queen by musicians from within local communities. (Download Sheet Music)

Platinum Party at the Palace: The BBC will stage and broadcast a special live concert from Buckingham Palace.
Some of the biggest names in entertainment will be there to help celebrate the most significant moments from the Queen's seven-decade reign.
Members of the public will be invited to apply to attend this special event and details of the ballot for UK residents to secure audience tickets will be released in February.

The Big Jubilee Lunch: Every year since the idea began in 2009 The Big Lunch has encouraged communities to celebrate their connections and get to know each other a little bit better, coming together in a spirit of fun and friendship. In 2022 The Big Lunch events being planned across the length and breadth of the country to celebrate to Jubilee..

The Platinum Jubilee Pageant: Artistic performers, dancers, musicians, military personnel, key workers and volunteers will unite to tell the story of The Queen’s 70 year reign in an awe-inspiring festival of creativity.

The London based Pageant will combine pomp and ceremony, street arts, theatre, music, circus, costumes as well as cutting-edge visual technology, drawing on talent from every part of the United Kingdom and across the Commonwealth.

Forming an important part of the Platinum Pageant, the ‘River of Hope’ section will comprise of two hundred silk flags which will process down The Mall, appearing like a moving river. Primary and secondary school children are invited to create a picture of their hopes and aspirations for the planet over the next 70 years. A selection of these creations will be transferred on to silk flags, which will carried by secondary school pupils in the Pageant.

Celebrations will also take place on The Queen’s private estates, Sandringham and Balmoral, for local residents and visitors to enjoy.

Events free for members of the public to take part in over the Bank Holiday weekend will include:

In July, three displays marking the Queen's accession to the throne, the coronation and jubilees will be put on at Buckingham Palace, Windsor Castle and the Palace of Holyroodhouse will be put on by the Royal Collection Trust..

These will include portraits as well as the jewellery and outfits worn for each occasion.

The Queen’s Green Canopy is a unique tree planting initiative created to mark Her Majesty’s Platinum Jubilee which invites people from across the United Kingdom to “Plant a Tree for the Jubilee”.

The Queen’s Green Canopy will encourage planting of trees to create a legacy in honour of The Queen’s leadership of the Nation, that will benefit future generations.

If there's one thing most Brit's like, it's a pudding!

Steamed or baked, layered or rolled, a pie or crumble, a cake or tart, what isn't to love about a tasty pudding?

The Platinum Pudding Competition may seem a strange bedfellow with on such an auspicious event as the celebrations to mark The Queen’s 70 year reign.

However, it is counterbalance the invention of coronation chicken with which The Queen's reign began.

The Fortnum & Mason Platinum Pudding Competition is open to all.

The Platinum Jubilee Celebrations are our chance to say a great big THANK YOU to Her Majesty The Queen for 70 years of service.

Let’s make this a truly great time, with the biggest party ever, and use the opportunity to say thank you to the people in our own lives on who we rely on every day!