The Tower of London

Dark secrets, priceless jewels glinting in fortified vaults and ravens strutting the grounds are all waiting when you take a journey back in time at the, UNESCO World Heritage listed, Tower of London.

Built to strike fear and submission into the unruly citizens of London and deter foreign invaders the Tower of London, one of the world’s most famous fortresses, was founded by William the Conqueror in 1066 - 7 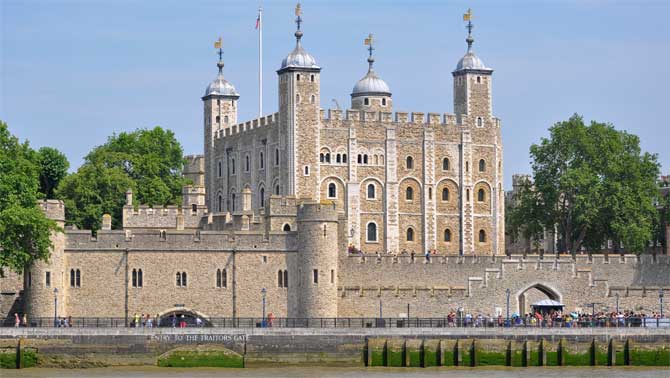 Beefeater's, or to give them their proper title ‘Yeoman Warder's', have guarded the Tower for centuries.

Share the secrets of one thousand years of royal gossip and intrigue on a Yeoman Warder tour.

The Beefeater's will amaze and possibly appall you with tales, that have been passed down for generations of pain and passion, treachery and torture, all delivered with inimitable style!

Despite its grim reputation as a place of torture and death, there are so many more stories to be told and things to see when you visit 'The Tower of London'.

Visitor Tip - Yeoman Warder Tours start near the main gate every thirty minutes and are included in the price of your entry tickets.

The world famous collection of fabulous finery and regalia – the Crown Jewels housed in the Jewel House, explores the importance of the Crown Jewels to the British monarchy, the role of the Tower in protecting these treasures and the long and fascinating tradition of coronations in England.

The priceless collection holds some of the most legendary and extraordinary diamonds in the world including the 'First Star of Africa', now mounted at the top of the Sovereign’s Sceptre. This is the largest flawless cut diamond in the world and weighs 530 carats.

The Crown Jewels at the Tower of London are a unique working collection of royal regalia and are still regularly used by The King in important ceremonies, such as the State opening of Parliament.

Visitor Tip - Get to the Tower of London early and head straight to the Jewel House as long queues form to see the Crown Jewels.

You cannot miss the iconic White Tower, a symbol of London and Britain, overlooking the River Thames.

From July 2013, you will find the world’s oldest visitor attraction inside, The Line of Kings.

A line of wooden horses, their garish colours and wild expressions somewhat incongruous in amongst the majestic suits of armour, is the surviving remnant of one of the oldest - and oddest - collections at the Tower.

From murky beginnings as the Horse Armoury it is part propaganda, part fantasy, and the longest running visitor attraction in the world.

Explore the prisoners' stories at the Tower of London and follow in their footsteps.

The Royal Beasts return to the Tower, London's original zoo!

See sculptures of the lions, baboons, an elephant and even a polar bear; discover how they came to be at the Tower and what became of them in a fascinating exhibit in the Brick Tower.

Hear the amazing tales of how the animals were fed, watered and housed as well as various unfortunate incidents when the public got a little too close!

Coins and Kings - The Royal Mint at the Tower

The Royal Mint was located in the Tower of London between 1279 and 1812 and the interactive Coins and Kings exhibition lets you explore the history of the Mint at the Tower.

Explore six key 'moments' including Isaac Newton's efforts to rid London of counterfeiters when he was Warden of the Mint, learn of Edward I's harsh punishments for people who tampered with his coins.

This is just a taster of what's waiting inside the Tower of London and there is much more to see in the Medieval Palace ,the Bloody Tower, the memorial on Tower Green, to those who were executed inside the Tower, and a chance to walk along the ancient walls.

Getting to the Tower of London

By Underground
Tube station closest to the Tower of London: - Tower Hill - District or Circle lines

Dockland Light Railway
DLR station closest to the Tower of London: - Tower Gateway Station
Follow the signs from the stations main entrance to the Tower which is about five minutes walk away.

By Car
Nearest car park: - Lower Thames Street about two minutes walk away
The Tower of London is in the congestion charge zone

An Oyster Card is the cheapest and most flexible way to travel around London. 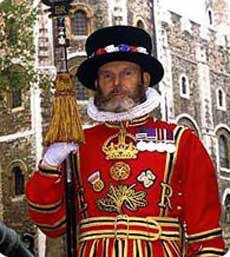 Yeoman Warders lead exclusive tours of the Tower, taking in some of the gruesome sights and extraordinary stories which make it world famous.

You will have unique after hours access to the UK’s most visited historic attraction on a Twilight Tour.
See world famous sights such as Traitors’ Gate, the Scaffold Site and outside the Bloody Tower, and be appalled and amazed by tales of prisoners and past residents, of royal gossip and of the secrets kept within these ancient walls.

Twilight Tours of the Tower of London are only available on selected dates and to over 12's.