Changing the Guard takes place on Parliament Hill, in Ottawa, Canada, every morning from late June through late August, and provides a colourful spectacle of pomp, pageantry and music.

The Ceremonial Guard is drawn from two regiments - the Governor General's Foot Guards and the Canadian Grenadier Guards.

They are accompanied by their own Regimental Band and Pipers who provided musical support for the ceremony.

The Ceremonial Guardsmen taking part are mostly university and college students who are reservists in the Canadian Forces. 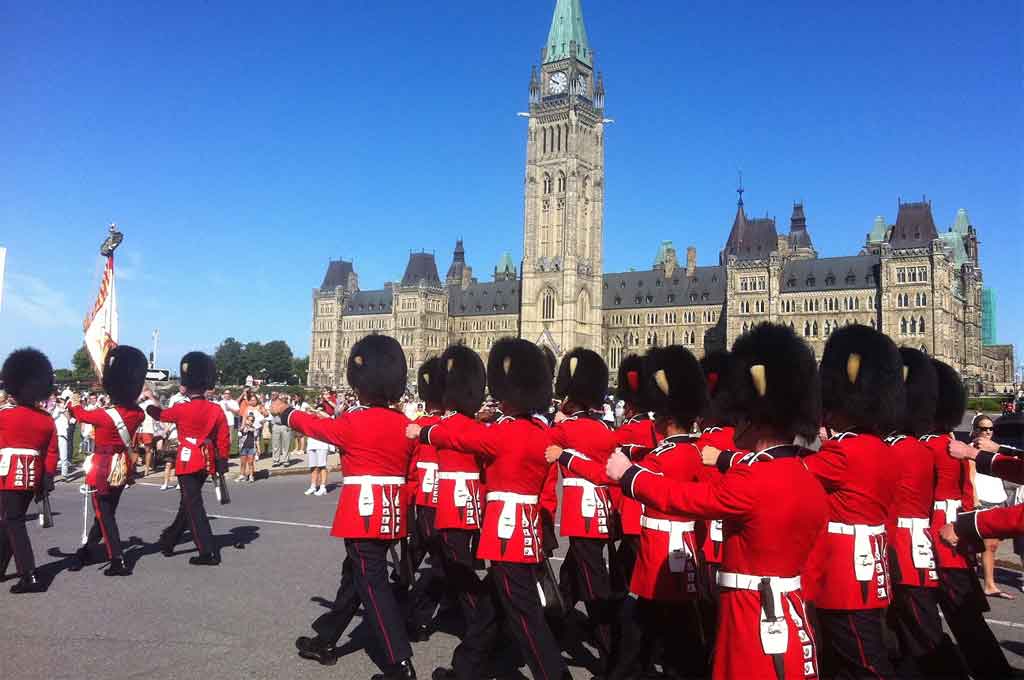 The parade begins at the Cartier Square Drill Hall.

While the New Guard is en route to Parliament Hill the Old Guard forms up behind the East Block.

At approximately 09:45. with the Pipes and Drums of the Ceremonial Guard leading they march to the east lawn where they await the arrival of the New Guard.

The New Guard arrives on Parliament Hill precisely at 10:00 as the band begins to play "The 10 Provinces March".

The parade marches onto the east lawn of Parliament, with the band at the northernmost edge of the lawn and facing south.

The new guard is then given the order "Get on parade", at which point they advance to the tune of "The British Grenadiers" and form up.

The new guard are inspected by the company commander, and they are stood at ease. Following the inspection of the new guard, the old guard is inspected.

The parade is ordered to the present arms as the regimental colours are marched on.

The new guard advances at the slow march and the old guard and new guard present arms.

The parade is then formed into three ranks and marched off at the slow march, before breaking into quick march.

Sentries are posted at both Rideau Hall and the Tomb of the Unknown Soldier.

Follow the band as they march to Parliament Hill the stirring music will raises the hair on the back of your neck. 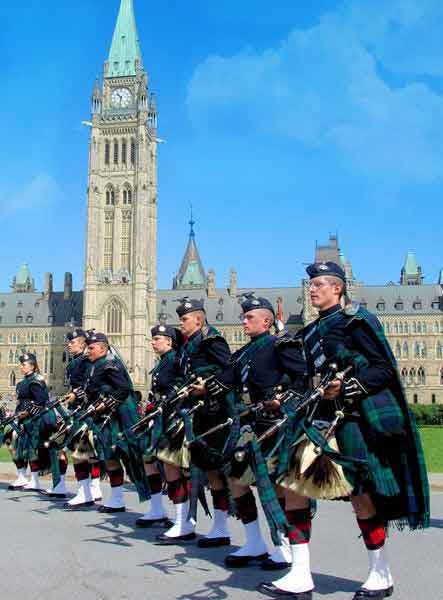 Find more information about Changing the Guard on Parliament Hill on the official Ottawa Tourism website.