The Presidential Mansion is the place to be to see a Changing the Guard ceremony in Athens, Greece.

Changing of the Guard ceremonies take place at the Presidential Mansion and at the Tomb of the Unknown Soldier, which is off Syntagma Square below the Hellenic Parliament.

The Changing the Guard at the Tomb of the Unknown Soldier in particular has become a popular tourist attraction in Athens.

The Evzone's, accompanied by a military band march from their barracks, just behind the Parliament Building, along the Vasilissis Sofias Avenue to the Tomb of the Unknown soldier where a ceremonial change of guards takes place every Sunday at 11:00. 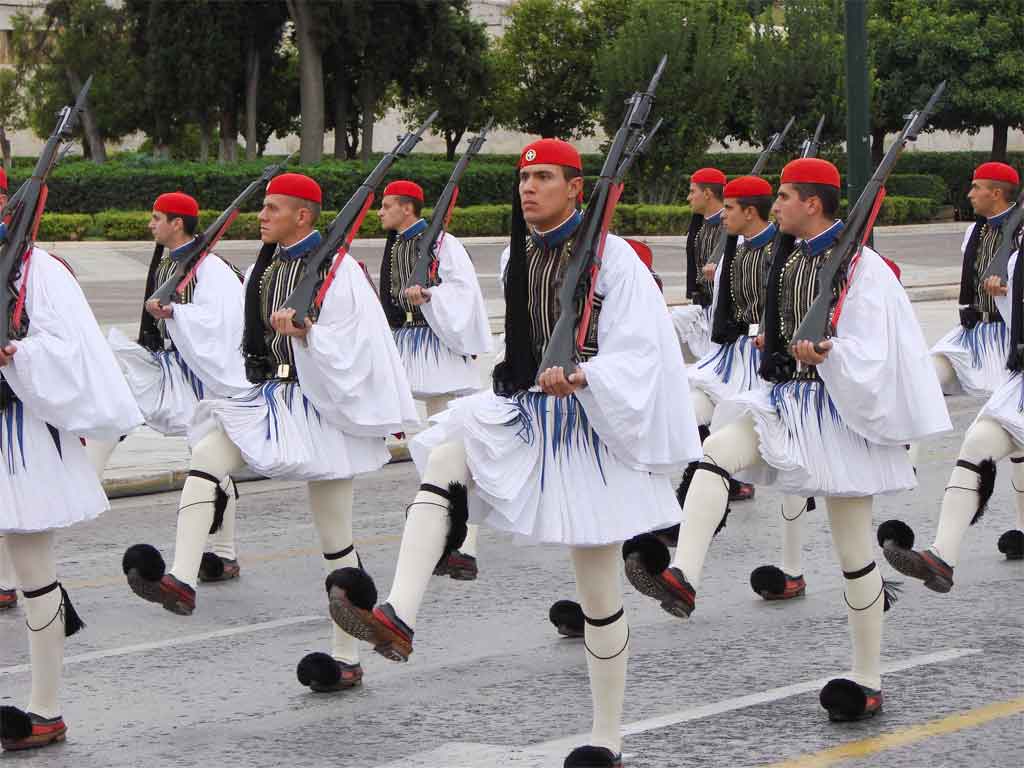 The Evzone's provide a 24-hour honour guard, with an hourly sentry change, which is carried out in slow motion, that some say is to allow the troops circulation to resume after standing absolutely motionless.

Many smile when they see the pompoms on the boots of the guards in Athens but make no mistake these men are part of an elite light infantry unit, the Evzone's

The ceremonial guard change provides an opportunity to see the three official uniforms of the Evezone's. 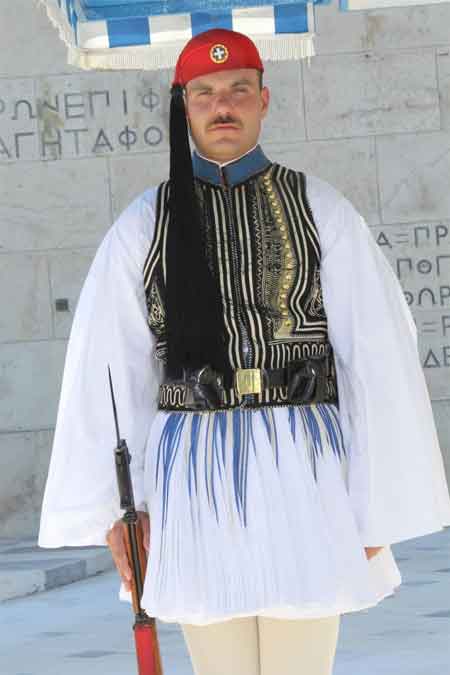 The Evzone may be appear unusual in their ceremonial uniforms, but make no mistake these are highly disciplined soldiers.

Their discipline is best portrayed by an incident in 2001 when a molotov cocktail was thrown at a sentry box.

The Evzone standing there did not blink or move until ordered to do so.

You can find more more excellent pictures of the Evzone in this blog.

Have you visited Changing the Guard in Athens?

Share experiences, anecdotes or unexpected adventures from your visit to Changing the Guard in Athens.

We would love to hear about your visit and use any reviews, tips, pictures or links to your travel blog to help provide an insight, for readers, who are planning to visit the Changing the Guard ceremony in Athens.