The Changing the Guard ceremonies take place in India at Rashtrapati Bhavan, in New Delhi and at Wagah on the border between India and Pakistan Beating Retreat takes place daily.

Rashtrapati Bhavan, is the residence of the President of India in New Delhi, which is guarded by the President's Body Guard, the senior most Regiment of the Indian Army.

Every Saturday the old and new guard which consist of a troop from the President's Body Guard and another platoon from an Indian Army regiment parade for the guard change ceremony in their in ceremonial regalia. 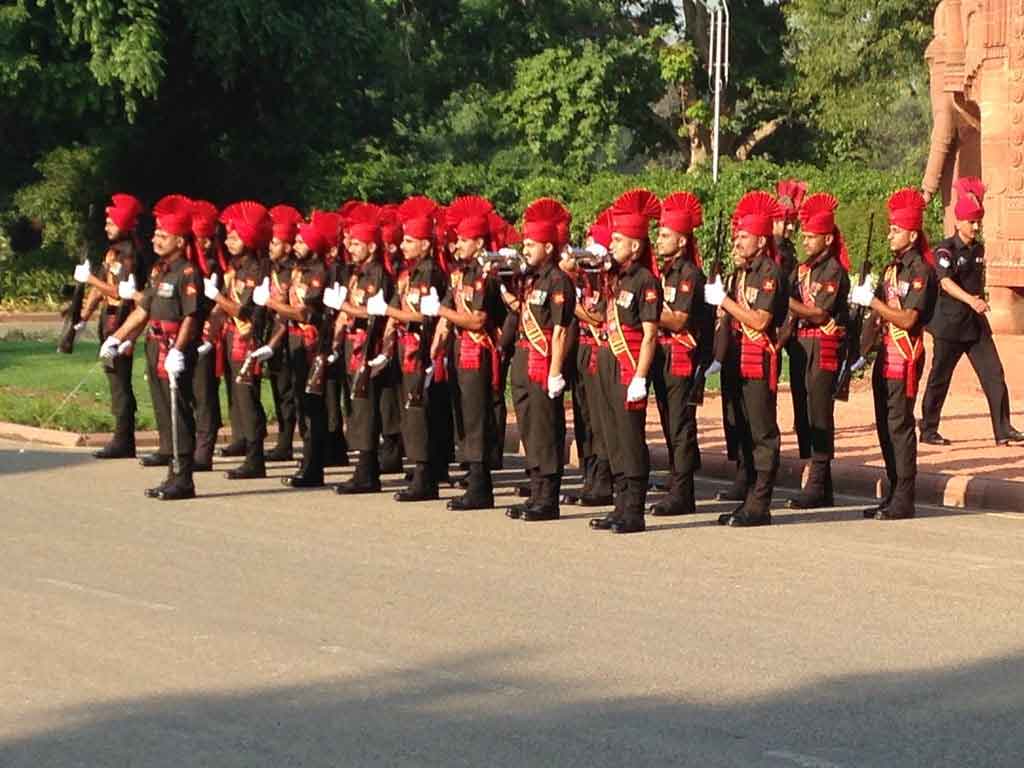 When the New Guard is formed up at Rashtrapati Bhavan, between the Dominion columns of North Block, sentries are nominated and the band plays 'Sammaan Guard' (The Honour Guard)as the respective guards are inspected by their officers.

Once the inspection is completed, the guards, led by the band playing "Sher-E-Jawan" (Tiger of a soldier), march into the Forecourt of the Rashtrapati Bhavan.

When the Old and New Guard are formed up the old guard present arms to indicate they are ready to change.

While the symbolic hand over of the key is taking place the band play "Robinson" while the Junior Commissioned Officers of the Old and New Guard patrol.

Once the sentries, who have been relieved, rejoin the Old Guard and the Junior Commissioned Officers return to their posts the Old Guard marches, off to the tune "Saare Jahan Se Achcha" (Better than any nation), while the New Guard present arms.

The New Guard, accompanied by the band playing "Amar Jawan" (Immortal Soldier), then marches off to take up their duties. 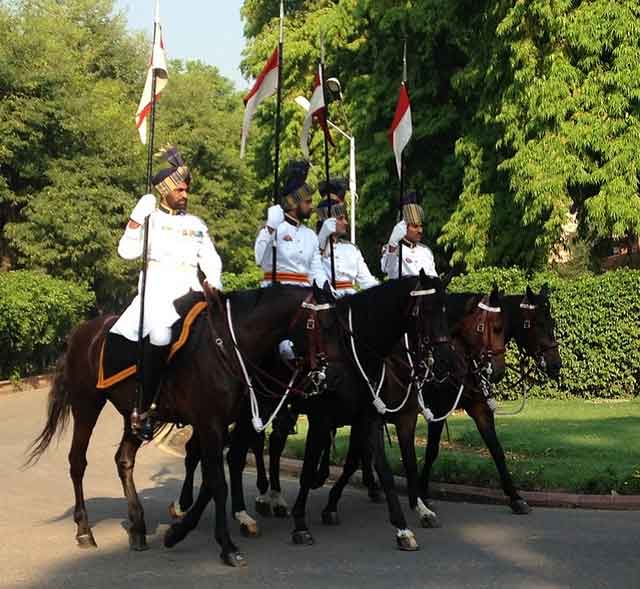 The Presidents Bodyguard is a mounted unit, for ceremonies at the Presidential Palace.

The personnel of the regiment are also trained as paratroopers who operate in the role of pathfinders.

Men of the President's Bodyguard consists of the old warrior classes of the Rajputs, Sikhs and the Jat.

The ceremony, which takes place on the forecourt of Rashtrapati Bhavan, provides an equestrian display and foot drill supported by a military band that lasts about 30 minutes.

Changing the Guard at Rashtrapati Bhavan is generally held every Saturday at 08:00 in the Summer and 10:00 during the Winter