The State Funeral of Her Majesty The Queen will take place at Westminster Abbey on Monday 19th September at 11:00hrs BST.

Timings for the State Funeral have been confirmed by Buckingham Palace and are published below.. 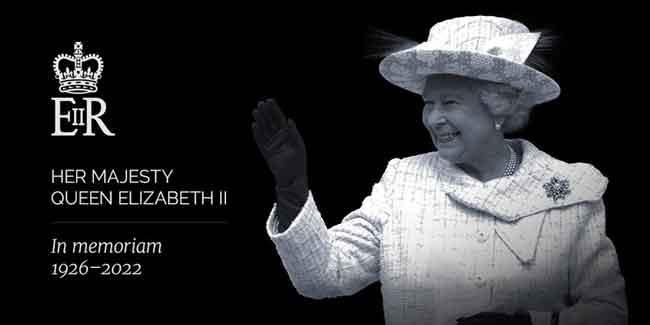 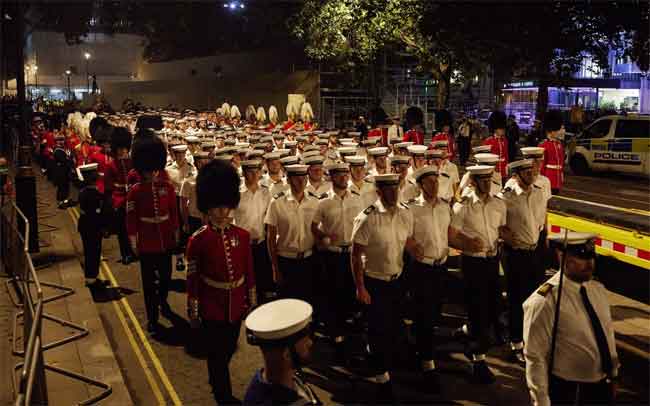 Rehersal for the State Funeral

Timings for the State Funeral of Her Majesty Queen Elizabeth II on Monday, 19 September 2022.

06:30:The lying-in-state ends and Westminster Hall is closed to the public.

10:44: The coffin will be loaded onto the gun carriage for the short procession to Westminster Abbey, followed on foot by the King and senior members of the Royal family, arriving at 10:52.

11:55: Towards the end of the service, Last Post will be played followed by a national two-minute silence that will be observed in the Abbey and across the country.
A lament played by the Queen’s piper will bring an end to the service.

Around noon: the coffin will then be placed back on the gun carriage and taken to Wellington Arch in a procession, led by members of the Royal Canadian Mounted Police, together with NHS workers, officers from the Police Service of Northern Ireland and the British Armed Forces.
The coffin will be followed by the King and the Queen Consort, the Prince and Princess of Wales and members of the royal family who will walk in the procession to Wellington Arch at Hyde Park.

The route will be lined by the Armed Forces from Westminster Abbey to the top of Constitution Hill at the Commonwealth Memorial Gate.

15:06: The coffin arrives at Windsor at the Shaw Farm Gate, with the hearse driving slowly up the Long Walk where the public are expected to line the route.

16:00: Televised committal ceremony in St George’s Chapel, Windsor, at the end of which the Lord Chamberlain will break his stick of office over the coffin and it will be lowered into the royal vault, out of view.

19:30: A private interment in the King George VI Memorial Chapel, where Queen Elizabeth II's coffin will be reunited with Prince Philip’s coffin, and they will be interred.

In the weeks following the funeral we hope to publish more pictures to celebrate the life of Queen Elizabeth II.