The Household Division, of the British Army, enjoy the privilege of guarding The Sovereign and the Royal Palaces.

Household Troops, better known as ‘the Guards’, have guarded the Sovereign since 1660.

For operational and other reasons, this privilege is periodically extended to other regiments of the British Army. 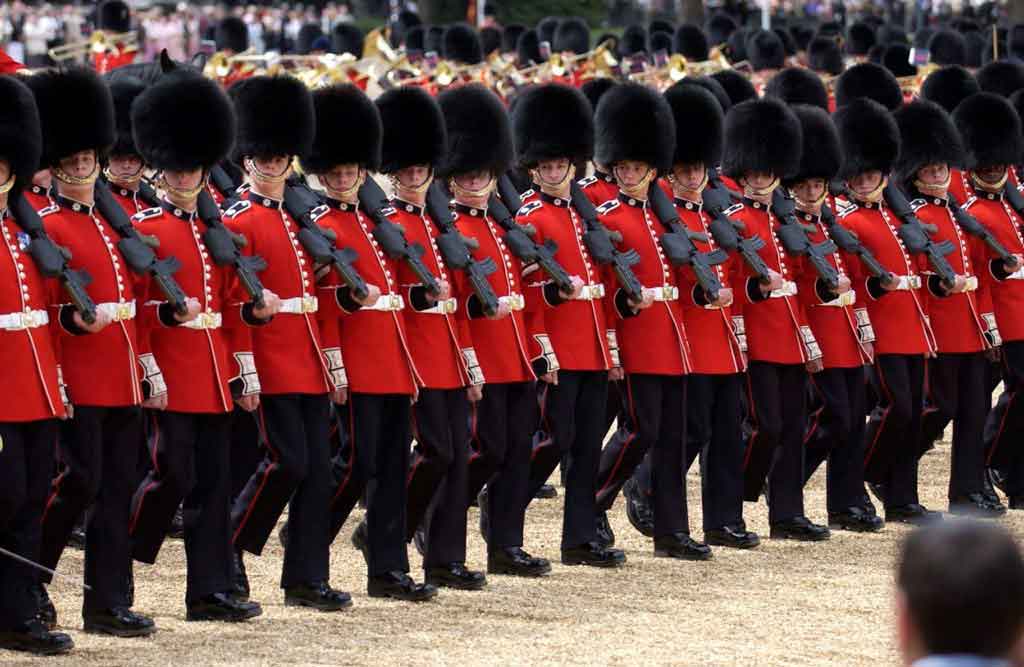 The soldiers in the Household Division are first and foremost, combat troops who are at the forefront of Britain's commitment to the UN and NATO and many of the soldiers you see on ceremonial duty will have seen active service.

The five regiments of Foot Guards, better known as 'The Guards, comprises of the 'Grenadier Guards', Coldstream Guards', 'Scots Guards', 'Irish Guards ' and the 'Welsh Guards'. 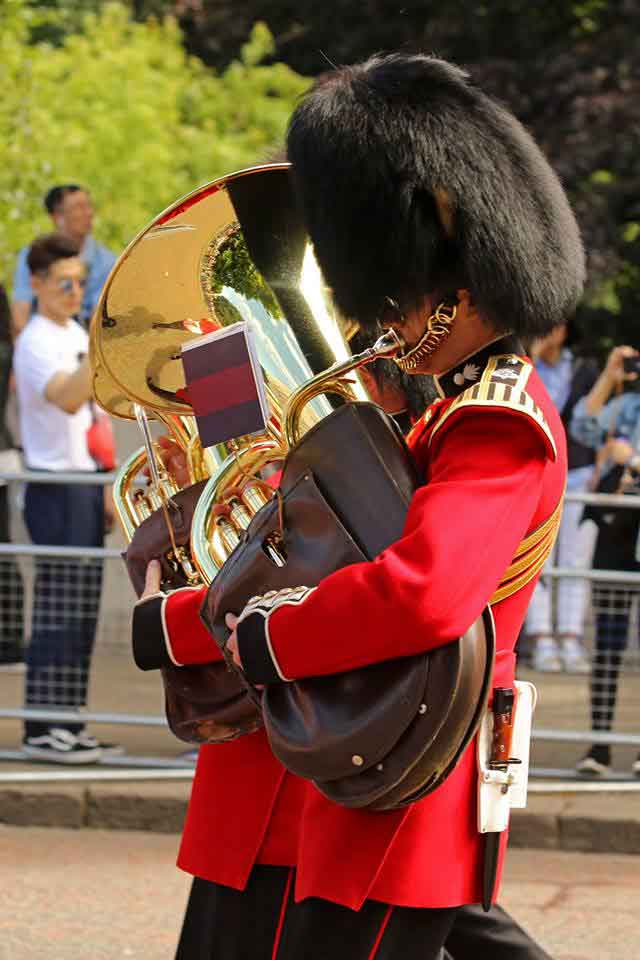 Each regiment of foot guards has a Regimental Band and you can see these highly acclaimed musicians leading the Guards at ceremonial events in London and Windsor, including the Changing of the Guard ceremony.

The Band of the Household Cavalry provide musical support in both a mounted and dismounted role.

Each year, on two evenings in June, you can see the Massed Bands of the Household Division taking part in Beating Retreat, a musical military spectacular, on Horse Guards Parade.

A visit to the Guards Museum gives access to a wealth of information and artifacts from the long history of the five regiments of the Foot Guards.

The Guards Museum has an amazing collection of uniforms, weapons and interesting memorabilia illustrating what life was like in both at peace and in war.

There are also displays and dioramas depicting the battles which the Guards have been involved in, from the English Civil War to present day.